The story of the Lone Pine (Pinus Brutia) that grows in Warrnambool Botanic Gardens has become a legend, and like all legends, it has developed different versions with repeated tellings. This version we know, from detailed research, to be accurate.

The Battle of Lone Pine was fought from 6-9 August 1915, on a heavily fortified plateau of the Gallipoli Peninsula, upon which stood a solitary pine tree. Intended to create a diversion for a British landing in Suvla Bay, the battle left between five and six thousand Turkish and 2,277 Australian soldiers dead. In September, men of the Australian 23rd and 24th Battalions arrived fighting on alternate days. From the ruins of battle, Sergeant Keith McDowell picked up a pine cone from where the tree had once stood and carried it back home to Australia.

Thomas Keith McDowell was born in London and enlisted in the Australian Imperial Force (AIF) in Wonthaggi, Victoria on 14 January 1915. The twenty-five-year-old Private was appointed to the 23rd Battalion and embarked from Melbourne on the Euripedes on 10 May 1915. After seventeen weeks at Gallipoli, he served in France before being evacuated to England suffering from tuberculosis and renal colic. On his return to Australia in September 1916 he enlisted in the 3rd Military District Guard, obtaining the rank of Sergeant before a tuberculosis relapse saw him discharged as permanently unfit. He collected three service medals – 1914-15 Star, British War Medal, and the Victory Medal.

On his return, McDowell gave the pine cone to Mrs. Emma Gray, the aunt of McDowell’s wife Iris. Born in Tower Hill in 1870, Emma Gray ran a general store in Grasmere with her husband Robert. After about ten years Emma successfully grew four young pine trees from the pine cone. One seedling was dedicated in Burwood’s Wattle Park, home ground of the 24th Battalion, on 7 May 1933. A second was dedicated to the 24th at Melbourne’s Shrine of Remembrance on 11 June 1933. The third was planted at The Sisters Memorial Hall on 18 June 1933, on a block owned by Emma’s son Vern near an area of closer settlement and post-WWI soldier settlement. The fourth was planted in Warrnambool’s Botanic Gardens, with a dedication service on 21st January 1934.

The pines in Warrnambool, Wattle Park and The Sisters still stand. The Shrine of Remembrance’s lone pine was removed on 15 August 2012 after failed efforts to save it from a fungal infection, Diplodia pinea.  A replacement pine had been propagated and planted nearby in 2006.

A mature tree grown from the Warrnambool pine stands at Ballangeich on a soldier settlement block where it was propagated by returned serviceman Alan Strain. Seeds raised by Friends of Warrnambool Botanic Gardens now grow in Toll Bar Park, Lexton, as well as other locations in Western Victoria and within the Warrnambool Gardens.

Another Australian soldier, Lance Corporal Benjamin Smith, sent a pine cone home to his mother in NSW and two trees were cultivated, one planted in Inverell and the other at the Australian War Memorial in Canberra in 1934.

As at 10/2/2015 the WBG tree is in good condition. We have found no evidence to support that Eric Watson was in any way involved.

Pdf Story of the Lone Pine in the Warrnambool Botanic Gardens

THE LEGACY OF THE LONE PINE

PENS CREATED FROM THE LONE PINE 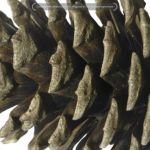 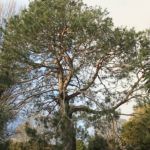 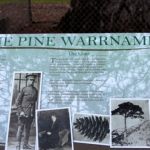 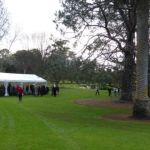 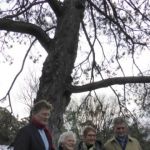 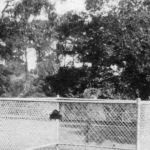 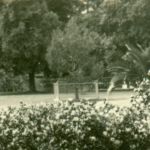 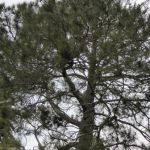