Restoration and inclusion of the Well in the Gardens

The Friends applied for and received support from WCC. In August 2011 official endorsement and support to apply for the 'Victorian Heritage Grant' to fund the Water Windmills Well project.

In 2015 an architect was selected to design the space around the well. A heritage permit was granted to allow 'Enhancement, stabilisation and associated landscaping to extension sandstone well'

2016 - 2019 The works had many setbacks in design and build. BAMstone supplied the basalt for the upright and surrounding area, Triton WoodWorks built the seats and finally a satisfactory outcome was found to cover the well with a dome and a safety rail was designed. A member of The Friends Committee donated the lighting down the well.

2021 The opening has been delayed due to COVID19 but that has not stopped many people enjoying the outcome of what became a very protracted project. 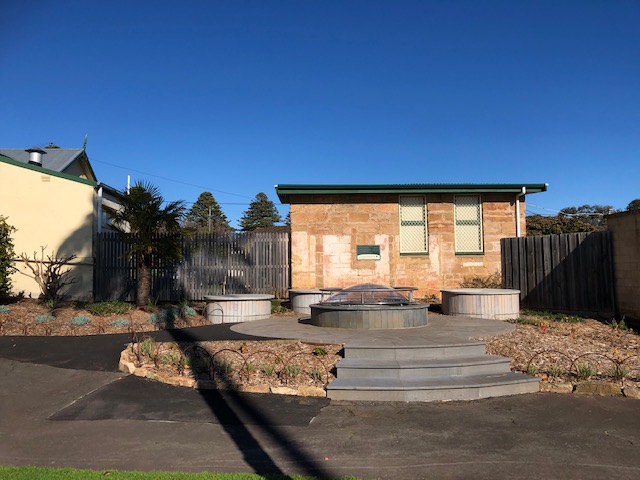 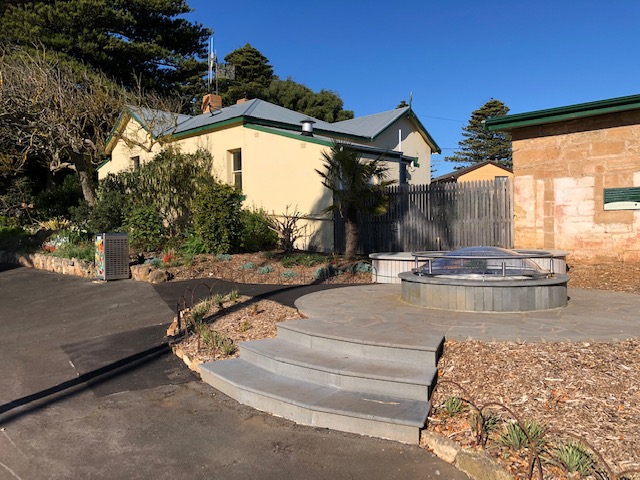 With the sinking of the well and construction of a windmill, water became available to the gardens which proved invaluable in establishing and maintaining new plantings.

In 1884 construction of the lake proceeded as the well provided a reliable source of water. By the 1890s the well and windmill had fallen into disuse and the well was covered over.

Lighting has been installed.

The Friends of Warrnambool Botanic Gardens thank their many donors for generously supporting this project.

There is an old well in the Warrnambool Botanic Gardens that was sunk in 1883.  It is fifty feet deep, circular and solid with an attractive sandstone rim.  At present, it is hidden under the debris of an old shed and a tangle of Tecoma.

The Friends of Warrnambool Botanic Gardens have received initial funding to preserve the well and make it accessible to the public.  In the long term, they plan to reproduce the windmill that was removed in 1893.

In partnership with Wannon Water, the Warrnambool Botanic Gardens has developed a water-wise garden to demonstrate water saving techniques and suitable plant selection for our environment. There is scope to extend this garden to include the well and the windmill. With appropriate signs, this will be a working demonstration of the history of water supply and an explanation of the significance of an increasingly valuable resource – our water.

The Friends have employed a landscape architect with heritage qualifications to design a viewing platform for the well. The hope is that the entire project will be completed by the end of 2016 as part of our 150th celebration. The Friends obtained the original specifications for the well built in 1881, they have transcribed the original handwritten document, click here to view the transcription.

Any information on early wooden windmills would be much appreciated.  The mill in the gardens may well have been made in Warrnambool by John Esam.  Historian Les O’Callaghan says that John Esam’s business was on the site of what is now the Uniting Church in Koroit Street. It was powered by a mill similar to the one at Lyndoch.

In 1880 the Council put in Warrnambool’s first water supply.  They had a well 80 feet deep excavated on Cannon Hill and one of Esam’s windmills was placed over the well.  About the same time Council had similar water supplies installed in Albert Park, the Botanic Gardens and Cattle Market.

The Friends have two inferior photos of the windmill to work from. If you know of others that would be a great assistance.  The Friends of the Gardens would welcome any information on the well or the windmill.